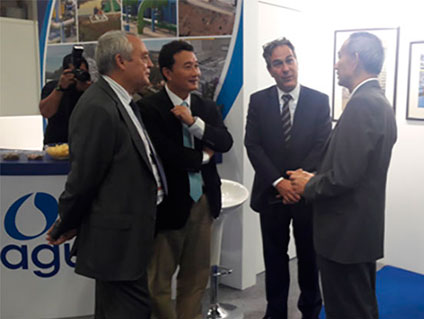 Tedagua’s stand at SIWW was very well attended, and visitors were able to get a first-hand understanding of Tedagua’s global BOT, EPC and O&M strengths in the delivery of major water infrastructure developed around the world.  It was a good opportunity to inform visiting global water industry leaders of the factors that led to Tedagua being a significant player in the delivery of TDP3.

Tuas Desalination Plant 3 will have a product water capacity of 136 million litres per day (MLD) and Tedagua has principal responsibility for the Plant’s process design solution, as well as key aspects of its construction and commissioning.