Start-up of the slurry treatment plant in Peñarroya de Tastavins 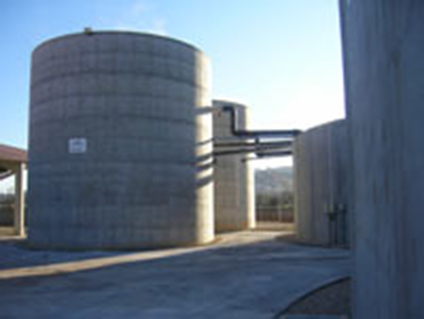 The slurry treatment plant built by TEDAGUA in Peñarroya de Tastavins (Teruel) is now in operation. During the opening ceremony, Alfredo Boné, Environmental Councillor of the Regional Government of Aragón, said that the plant was "a dream come true" and "the most important slurry treatment plant in Europe" due to the advanced technology it uses.

The construction of the plant was promoted by the municipal entity Tastavins Centro Gestor de Estiércol S.L., which will be responsible for performing the slurry management tasks. The sole partner in this venture is the borough council of Peñarroya de Tastavins. The corporation is the technical and administrative instrument of the European project Life Es-Wamar, managed in Aragón by the public corporation Sodemasa. TEDAGUA has signed a contract with that corporation to execute the project, construction and operation of the plant for ten years, with a cost of 3,150,000 euro.

The plant is designed for a treatment capacity of at least 120,000 cubic meters of slurry a year. In addition, controls have been established, linked to the reduction of four parameters: Nitrogen, Phosphorus, Chemical Oxygen Demand and E. Coli. The most significant parameters are Nitrogen and Phosphorus, the loads of which must be reduced by 80% and 70% respectively. The plant will have a warehouse for storing solid residue, which will be sold as fertilisers. Following the slurry treatment process (comprised 90% of liquids), the water will be used for irrigation purposes.

One of the main novelties of the system is the installation of impulsion pipes to pipe 20% of the slurry to the treatment point through a pipeline system.