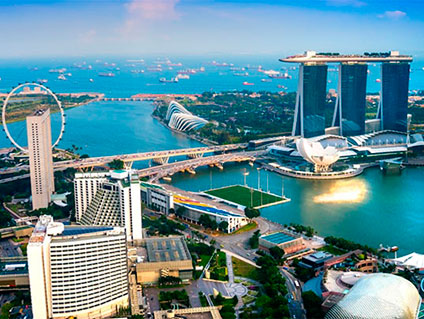 Tedagua provided a highly competitive design and construction solution which was capable of winning against strong competition from major local and international water treatment specialists.

With important references in Europe, the United States, South America, Africa and Australia, Tedagua’s key involvement in the desalination project represents another important milestone for Tedagua. It is the company’s first major success in the important Singapore market, and it will be a cornerstone of Tedagua’s mission to build a strong market presence throughout South East Asia.

For Tuas Desalination Plant 3, Tedagua will take principal responsibility for HSL’s process design solution, and will be a key player in the delivery of that solution.