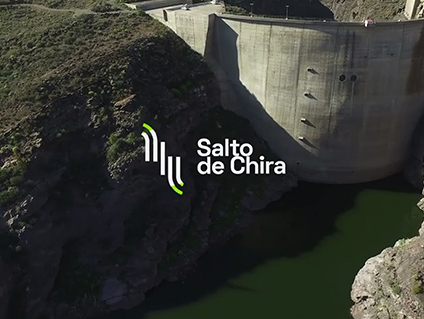 · The plant has a nameplate capacity of 7,800 cubic meters per day. An intake well, a system that pumps water to the desalination plant and a pumping station to pump the product to the rest of the complex will also be built.

· This desalination plant will produce the necessary fresh water for the operation of the reversible hydroelectric complex, which will ensure a higher integration of renewable energy in Gran Canaria.

The inauguration of one of the most emblematic projects of our times – Salto de Chira – was held last Thursday at the palacio de congresos of the INFECAR (Las Palmas de Gran Canaria), after receiving the authorization of the Consejo Insular de Aguas. The first contract for the entire system includes the construction of the seawater desalination plant, where Tedagua will be in charge of the design, engineering, procurement, construction and commissioning efforts after having been awarded the bid by Red Electrica in June, 2021.

The facility, located in the south of the Gran Canaria island, in Arguineguín, will be composed of a reverse-osmosis seawater desalination plant with a nameplate capacity of 7,800 cubic meters per day, an intake well with a marine intake pipe, the water intake pumps, the pumping system that pumps water to the desalination plant and the pumping station that pumps the product to the rest of the complex.

This desalination plant will enable the production of the fresh water required to operate the reversible hydroelectric complex, which will ensure a higher integration of renewable energy in the island of Gran Canaria, guaranteeing the safety and quality of the energy supply.

During the ceremony, the Third Vice-President, Teresa Rivera, highlighted the project as a path to be followed in the transition toward clean, cheap and efficient energy.

The construction of the reversible hydroelectric complex will be essential in driving the fight against climate change and the energy transition of the Canary Islands, and in advancing toward a safer, more efficient, decarbonized and greener energy model, replacing the use of more expensive and polluting fossil fuels with clean energy.