Pipelines and auxiliary works of the Escombreras Desalination Plant

Pipelines and auxiliary works of the Escombreras Desalination Plant

"Having been included in the design and construction contract for the Escombreras desalination plant, Tedagua carried out the auxiliary works that were required for the distribution of drinking water to 20 municipalities in the region. Below is a summary of these works: ― Marine Intake headworks, receiving well structure, pumping station and a 1,577m 1,400mm FRP pipe leading to the desalination plant. 908m 710mm HDPE marine outfall for brine disposal. ― Pumping of drinking water from the desalination plant to the regulating reservoir, with a 5,128m 1,000mm ductile cast iron pipe. ― Reinforced concrete regulating reservoir built on-site with a capacity of 25,000 m3, two independent chambers and a chlorine dosing system. ― High capacity distribution network consisting of 18.5Km of 700mm and 32.9Km of 1,000mm concrete pipes lined with sheet metal and cast iron." 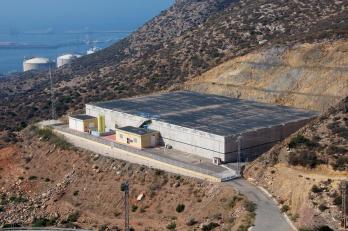 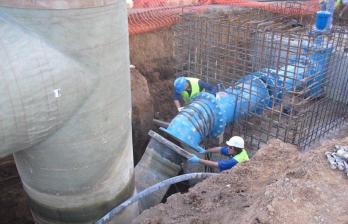 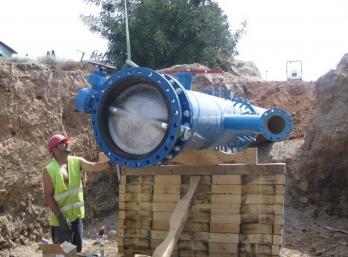 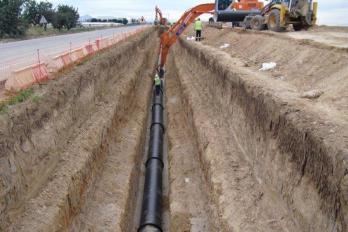 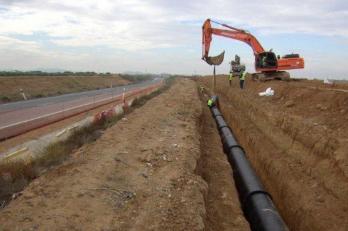 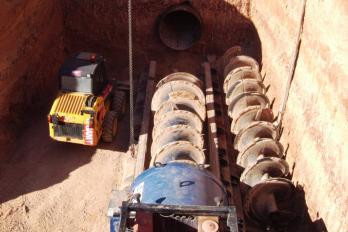 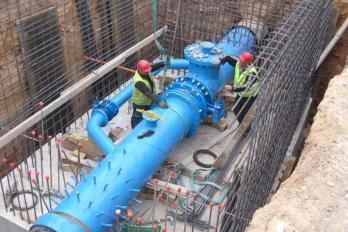 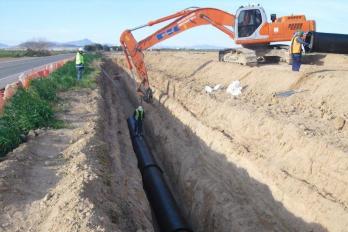