PROVISUR Project. Drinking water and sanitation in the south of Lima.

PROVISUR Project. Drinking water and sanitation in the south of Lima.

Tedagua was awarded a concession for the execution of the ""Provision of Water Treatment Services for the Southern Districts"" (PROVISUR) project, which is the first attempt by Peru to use seawater desalination as a source of drinking water. The project serves the districts of Punta Hermosa, Punta Negra, San Bartolo and Santa María del Mar, benefiting 100,000 people (permanent and temporary residents) in the southern region of Lima. The works include infrastructure for improving and expanding the drinking water supply and sanitary sewer system. They consist of the construction of a reverse osmosis desalination plant with a drinking water production capacity of 34,560 m3/day, as well as its intake headworks and marine outfall for disposal; a new wastewater treatment plant with a capacity of 15,552 m3/day with reutilization, and the rehabilitation of two existing ones. The new networks add 214 km of drinking water pipelines and 134 km of sewers, and maintenance operations will also include 23 extra km that could be maintained since they were in good condition. 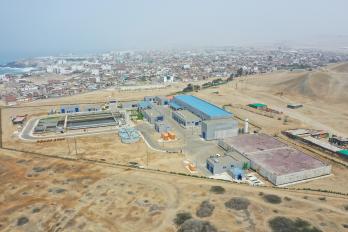 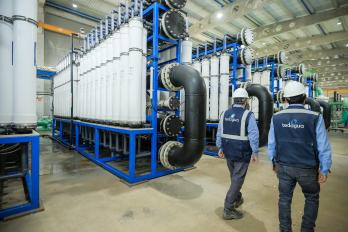 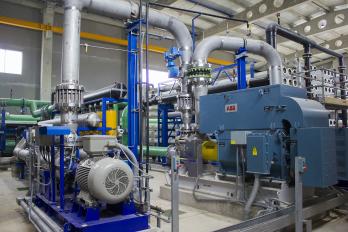 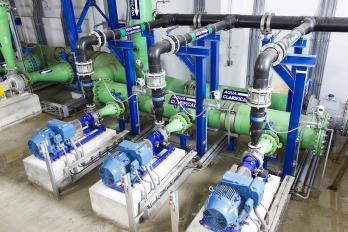 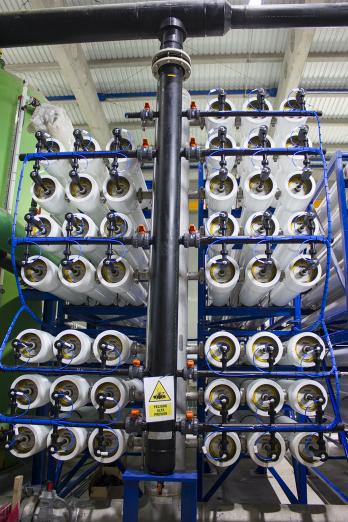 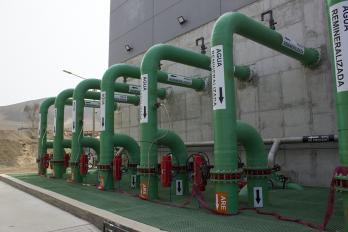 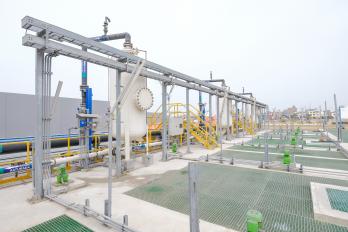 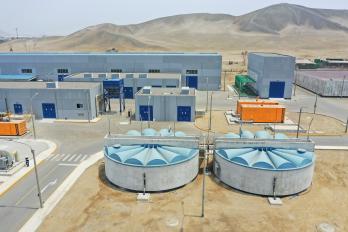