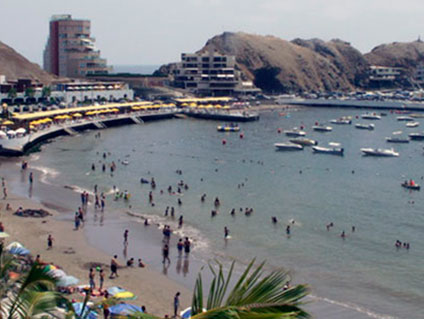 Yesterday, Peru’s Agency for the Promotion of Private Investment (ProInversión) awarded Tedagua (Técnicas de Desalinización de Aguas, S.A.) the 25-year concession of the project for the Provision of Sewerage Services for the Southern Districts (PROVISUR). This project requires 277m Nuevos Soles (€73m - $100m) investment in construction, while the concession is valued at 711m Nuevos Soles (around €190m). Tedagua will receive 34.4m Soles (€9.06m) per year during the first 15 years to cover investment costs and another 7.8m Soles a year (€2.05m) during the 25 years of the concession for operating costs.

The purpose of this Project is to design, finance, build, operate and service the water treatment infrastructure aimed at improving and extending the drinking water supply service, the sewerage service and the treatment and removal of wastewater from Lima’s Southern districts within the scope of SEDAPAL. The Project will benefit around 25,000 people living in four districts in Lima’s Southern area: Punta Hermosa, Punta Negra, San Bartolo and Santa María del Mar.

The planned facilities will constitute one of the largest drinking water supply systems in South America. Tedagua will build a desalination plant with a capacity of 35,000 m3/d and a wastewater treatment plant capable of treating 18,000 m3/d. In addition, it will remodel two existing treatment plants and lay 230km of supply and sewerage piping. The Project has a design period of 18 months and a construction period of 24 months and is expected to start in 2017.

The following are the main benefits expected of this project:

With the award of this concession Tedagua strengthens its presence in Peru, where it has built and is the current operator for 25 years of the Taboada WWTP, the largest treatment plant built to date in South America. Launched in 2013, it treats an average flow rate of 14 m3/s and a maximum flow rate of 20.3 m3/s, serving a population in excess of 4m inhabitants, or 56% of Lima’s and Callao’s population and 72% of both cities’ wastewater.